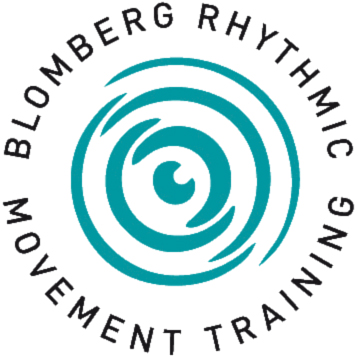 Our body contains about 800 grams of phosphorus in the form of phosphates. Most of it is bound to the skeleton but phosphates are found in all body cells. Phosphorus is found in both DNA and RNA, and also plays a crucial role in cellular energy in the form of ATP, or adenosine triphosphate, which has been described as a combination of battery and engine converting the energy in food into muscle movement, nerve signals etc. Phosphorus is also an important component of the brain, especially in the myelin sheaths that are largely composed of phospholipids.

Phosphates are well-known as a feed supplement in veterinary medicine and is now used routinely. In the 1920s, cattle often suffered from rickets, osteoporosis, joint pain, muscle paralysis, loss of appetite and loss of weight, in Sweden called skravelsjuka. Many died. In the 30’s a connection was discovered between low levels of phosphate in soils and skravelsjuka and farmers began adding phosphates in the feed, which led to a dramatic improvement and the condition is now virtually unknown in modern animal husbandry.

1948 the Swedish veterinarian Harald Bergengren started contemplating if phosphate deficiency could cause disease also in humans. He decided to study the matter and began an extensive literature research which he eventually completed by treating patients with phosphate tablets. In an article published in The Swedish Medical Journal 1963, he described, inter alia, the following symptoms of phosphate deficiency: osteoporosis, joint pain, osteoarthritis, calcifications, muscle weakness, demyelination in the central nervous system and acidosis (acidification). Regarding the causes of phosphate deficiency, he wrote:

A few doctors found Bergengren’s theories worth trying, among others a sanatorium doctor who treated a large number of patients with phosphate supplementation. Those who suffered from osteoarthritis or lumbago-sciatica improved significantly or became symptom-free while those with rheumatism often did not noticed much of a difference. Bergengren was never able to bring about any research on the significance of phosphate but he gained experience by treating a large number of people with phosphate tablets. According to Bergengren other medical conditions related to phosphate deficiency are:

Since phosphates are important for all body organs and tissues phosphate deficiency can worsen virtually all diseases. Experience of providing phosphate supplementation has shown that such supplementation is most effective in osteoporosis, osteoarthritis and scoliosis. Osteoporosis is brought about by acidity of the tissues which causes the skeleton to be broken down and release of calcium to alkalize the tissues. The phosphates are eliminated by the kidneys causing phosphate deficiency.

In order to heal the osteoporosis and rebuild the skeleton phosphate supplements must be given. Treatment with phosphate tablets should be combined with vitamin D supplementation. Phosphate should be given as magnesium and calcium phosphate.

You can by phosphates from suzanne@rytmiskrorelsetraning.se